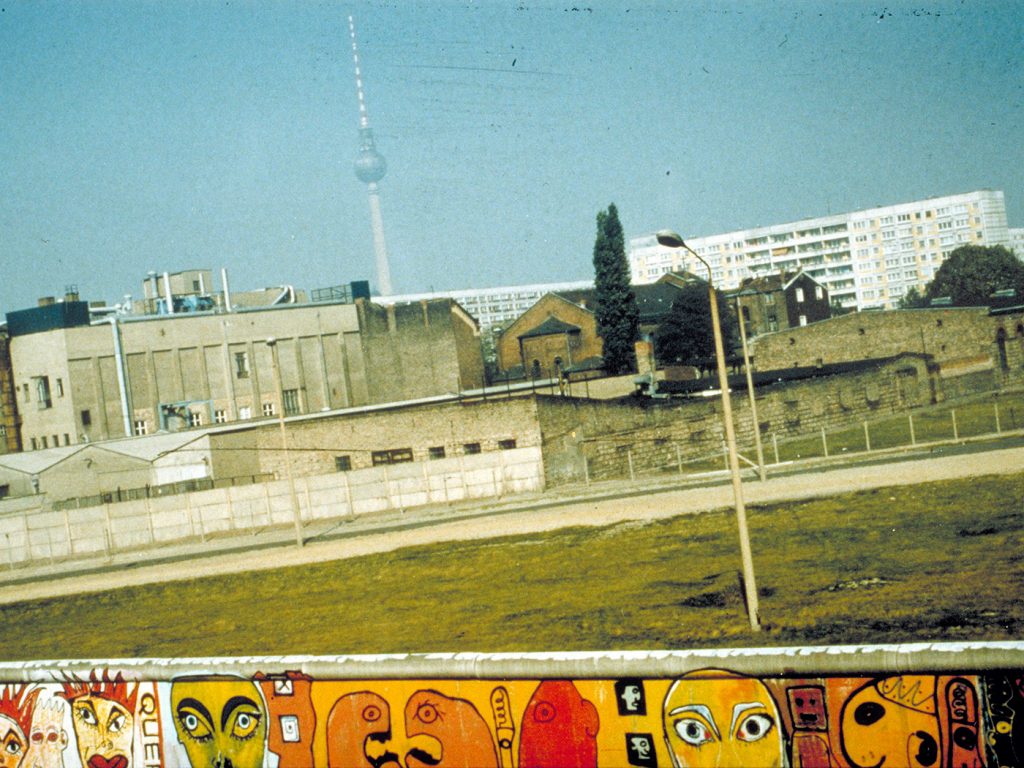 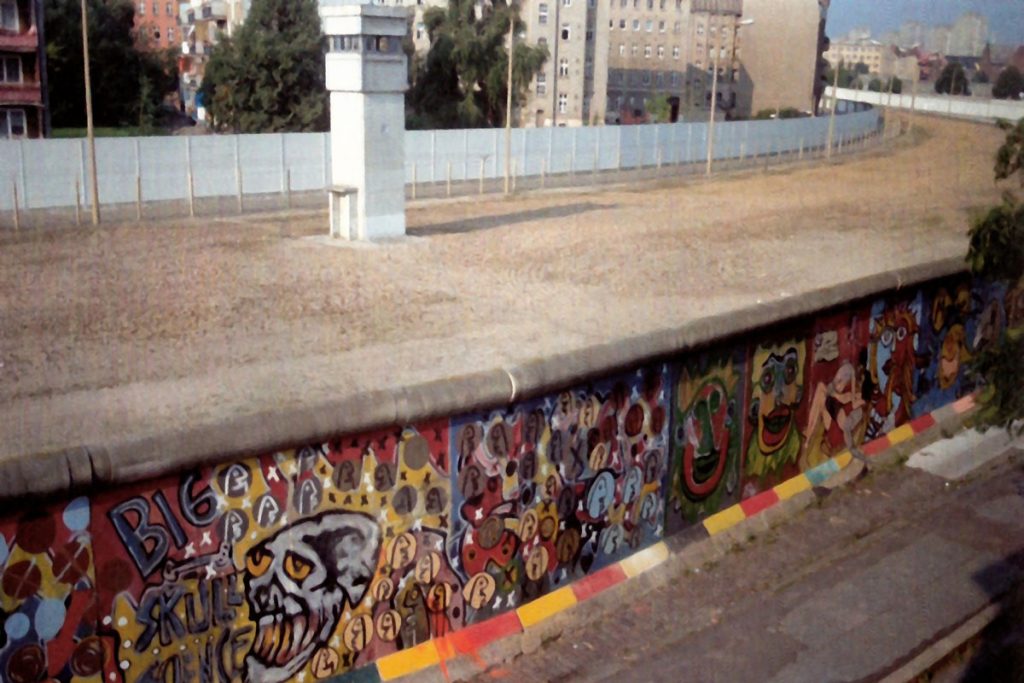 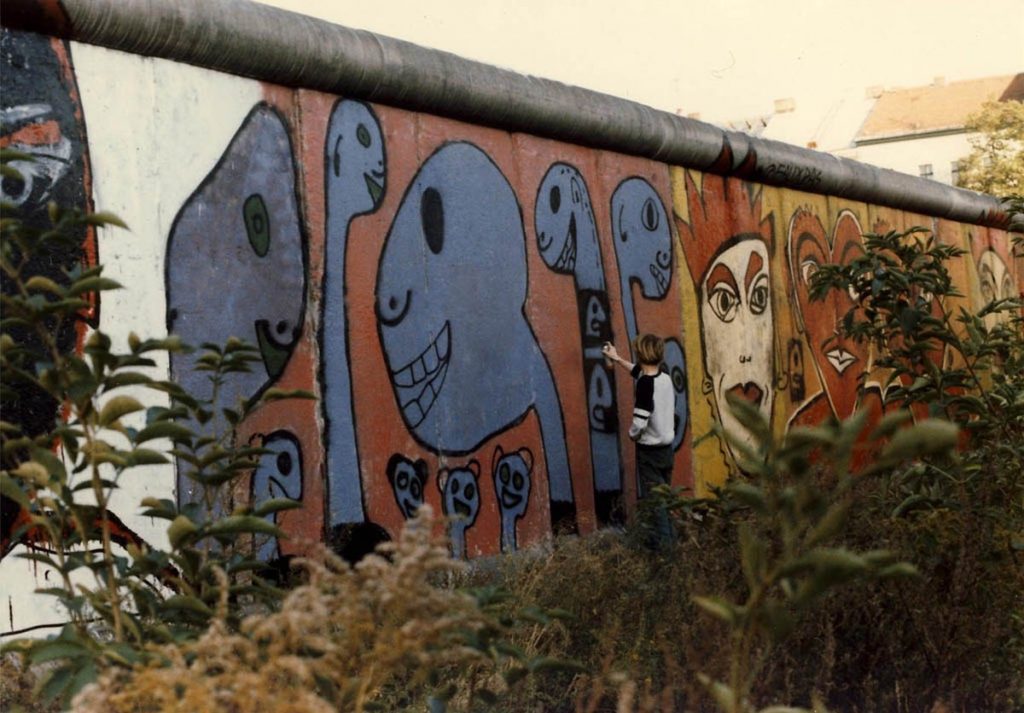 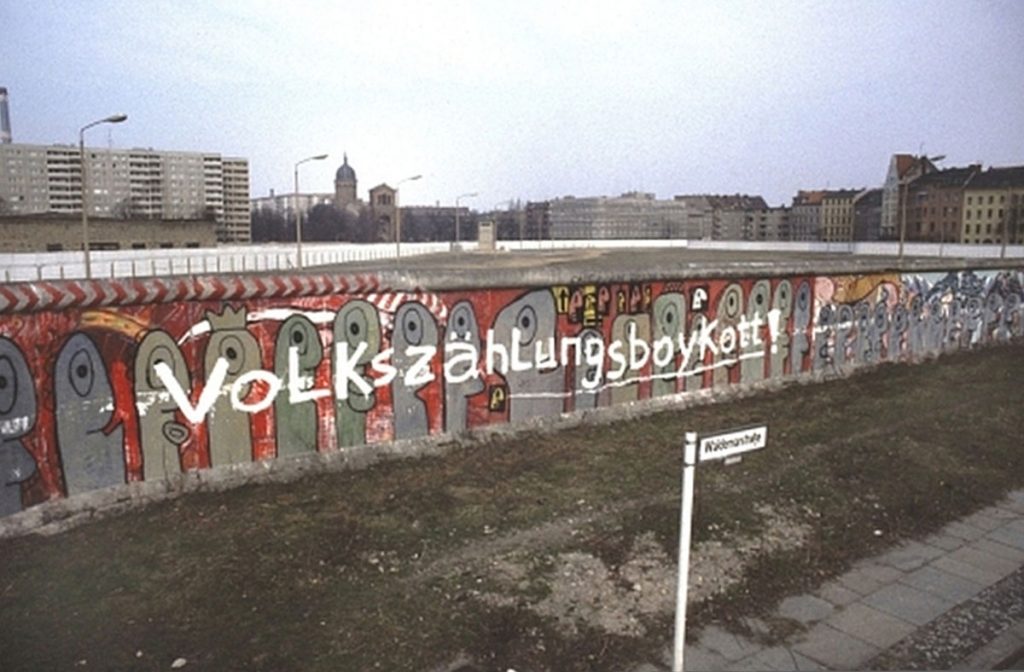 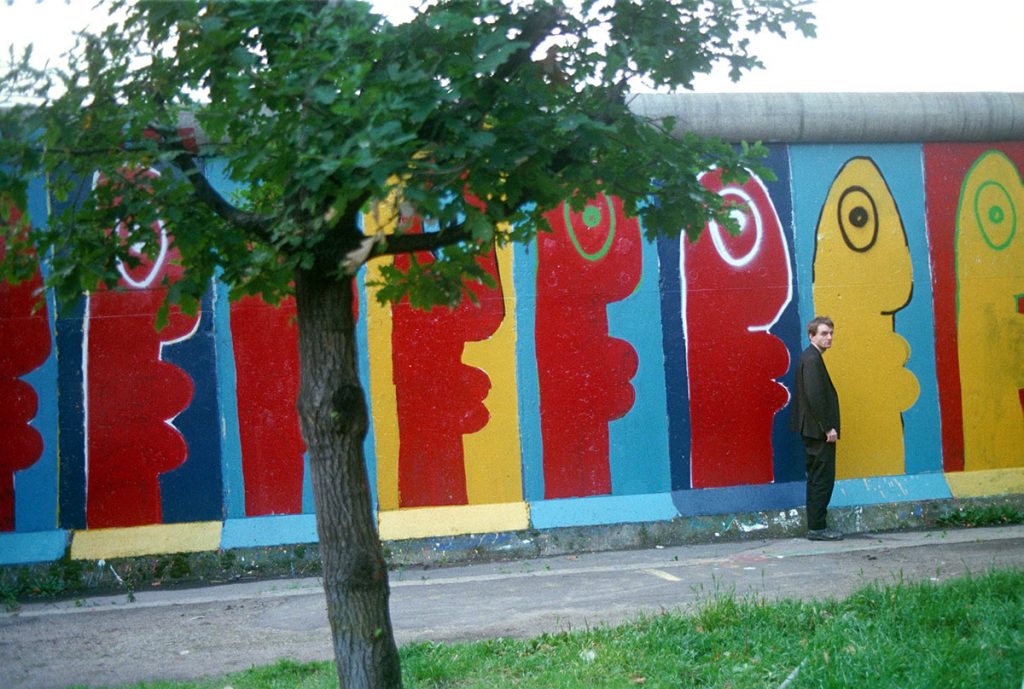 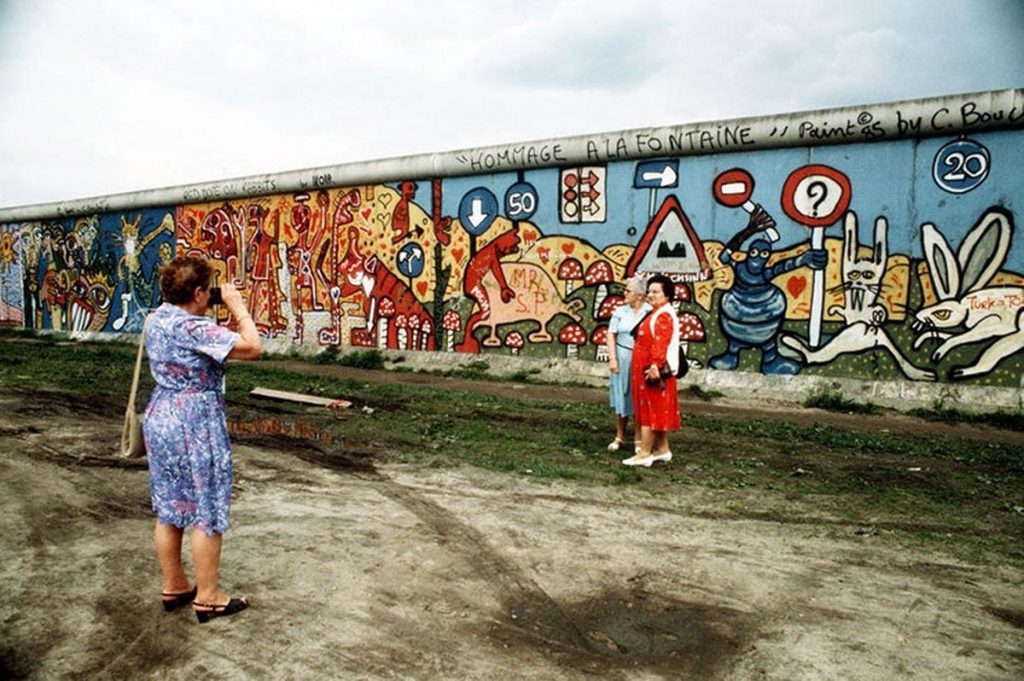 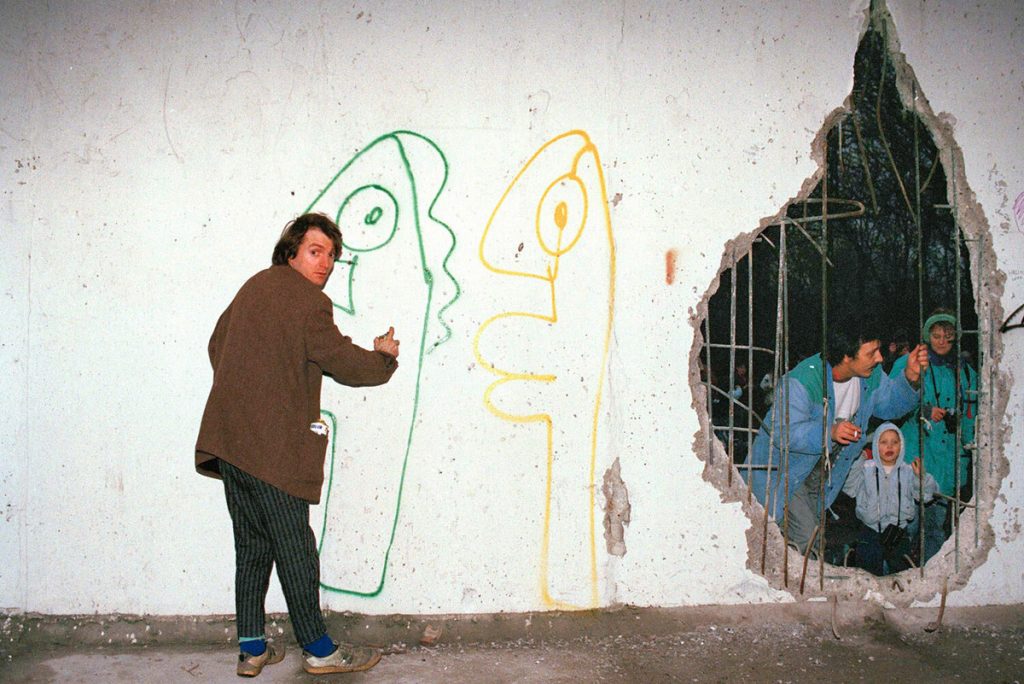 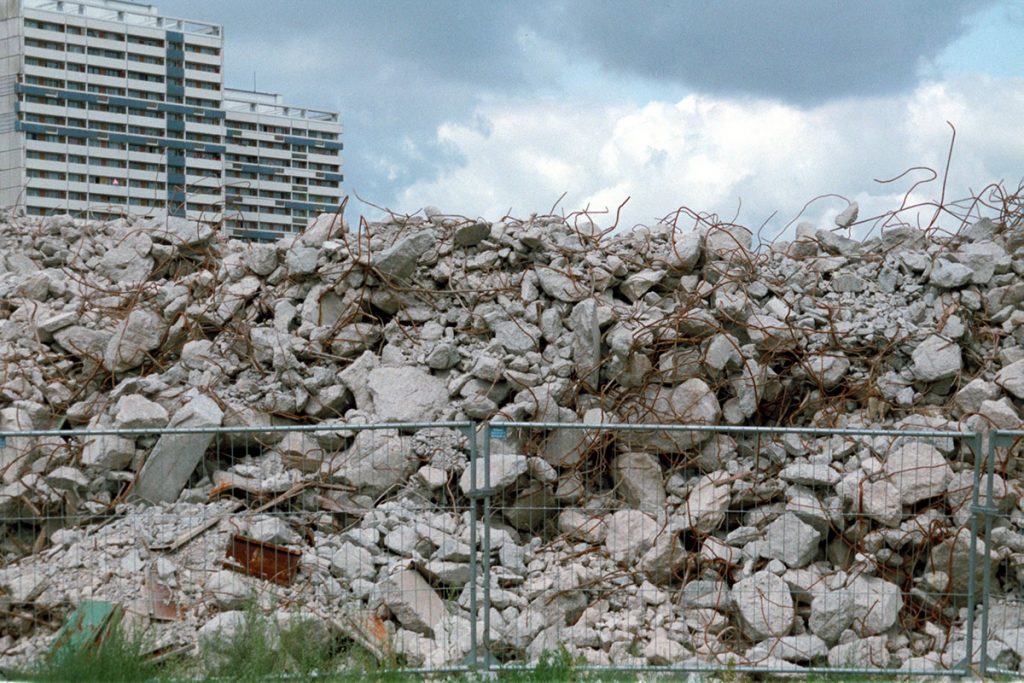 The Berlin Wall is perhaps the most famous human artefact in modern world history. Built in 1961 at the height of the Cold War, the Wall symbolised in physical form the ideological and political divide between the Western Bloc and the USSR. 15 years after Winston Churchill’s Iron Curtain speech in Fulton, Missouri, a monolithic and impenetrable barrier that cut across Europe became a reality, situating the city of Berlin at the fulcrum of Cold War antagonisms.

In 1984,Thierry Noir became the ﬁrst artist to illegally paint miles of the Berlin Wall. This revolutionary act inspired other artists, and over the next ﬁve years the Wall was covered with layers of artwork and images, creating a ‘palimpsest of protest’. As Noir says, painting the Wall made him feel stronger than it. For years, the Wall had stood as an oppressive symbol of a divided world, materialising a history of separation and struggle. Noir’s work subverted this iconic symbol of war into a symbol of hope, granting it a real human signiﬁcance.