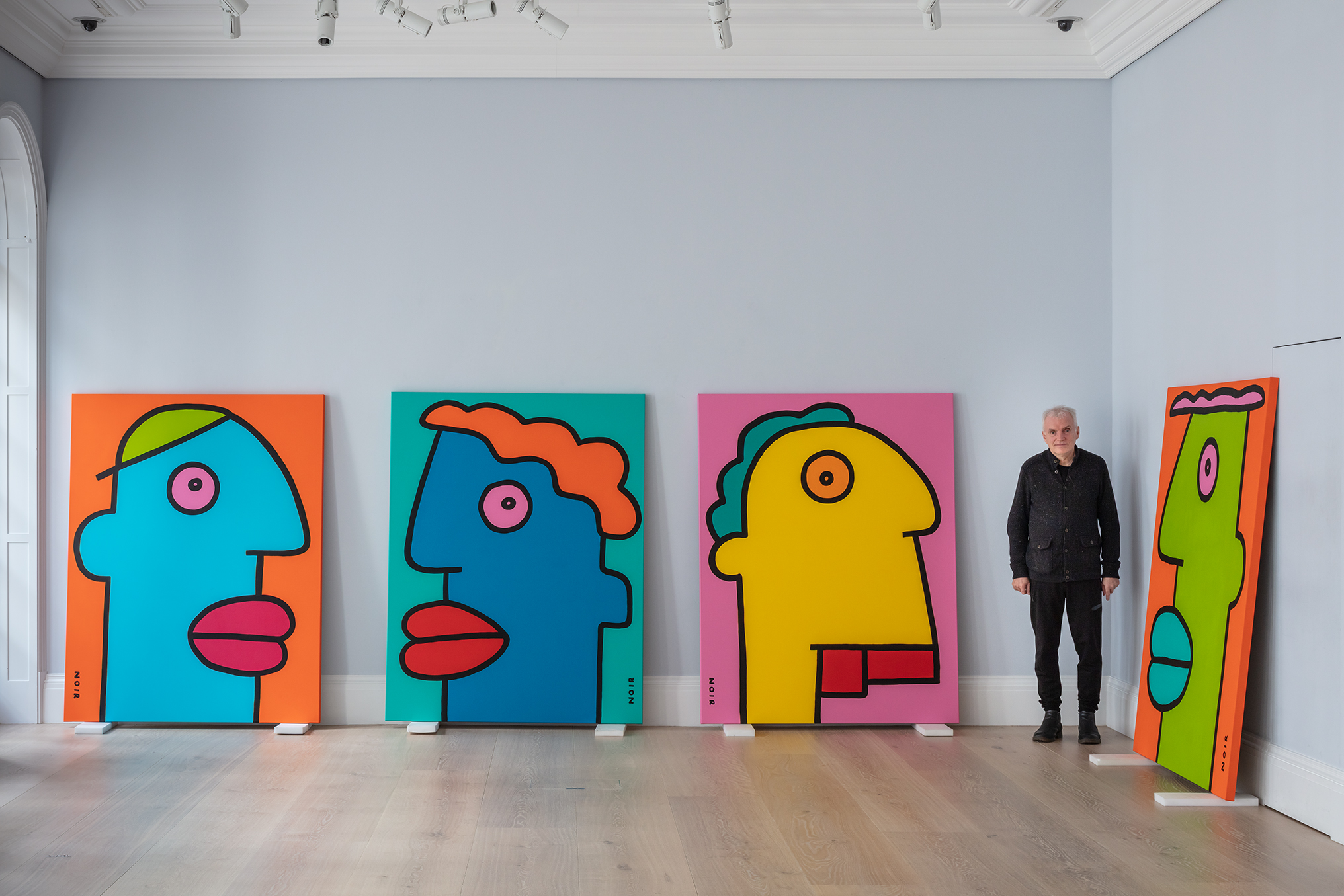 Sotheby’s: In The Studio Short Film

Sotheby’s: From the Berlin Wall to New Bond Street Interview

Photo captions:
Preparation of artworks
ahead of the exhibition

Sotheby’s is proud to present Heads, a new series of paintings by Thierry Noir. Exhibited in our galleries on New Bond Street in London from the 11th – 15th November, Heads will feature a group of new paintings by the artist in a new larger format, infusing Noir’s legendary motif with new colourways, compositions and scale. Heads will be the first major solo show of the artist’s work in London and the first public release of a new series of works from the artist in over two years.

Bursting with vivacious energy and a joyful expression of colour and form, this exciting exhibition places a singular focus upon Heads, the essential and constant element of the artist’s oeuvre. Noir’s Heads were first created illegally by the artist across extensive spans of the Berlin Wall in the early 1980s and became a beacon of hope and freedom for the young generation of the Berlin ‘New Wave’ scene who were living and working alongside the wall during this time. From the initial stroke of paint on the Wall in 1984, Noir has continued to liberally use colour and semi-abstraction to convey the range of emotions experienced by those so close to the Berlin Wall at a unique time in world history.

Since the fall of the Berlin Wall in 1989, Noir has continued to paint his iconic motif on a range of materials from canvas to large scale public buildings. Noir has long been regarded as a towering presence in the Berlin underground scene but his unofficial and outsider origins meant that throughout the past forty years, he has remained on the periphery of the art establishment. However, within the past year we have seen huge momentum and support for the artist’s works, with global collectors drawn to his bold style and unique compositions, finally giving Noir the recognition he deserves.

In Heads the anonymous and ambiguous forms on the canvas morph between genders, facial features and individuality, presenting simultaneously as a uniform series and uniquely identifiable paintings. The underlying messages in the works of freedom, togetherness and global solidarity are as relevant today as they were in 1980s Berlin.

Heads is a brand-new series by the artist created exclusively for Private Sale at Sotheby’s. The show will include the largest works on canvas ever produced and will highlight new and exciting colourways and compositions.

Sotheby’s: In The Studio Short Film

Sotheby’s: From the Berlin Wall to New Bond Street Interview

Preparation of artworks ahead of the exhibition 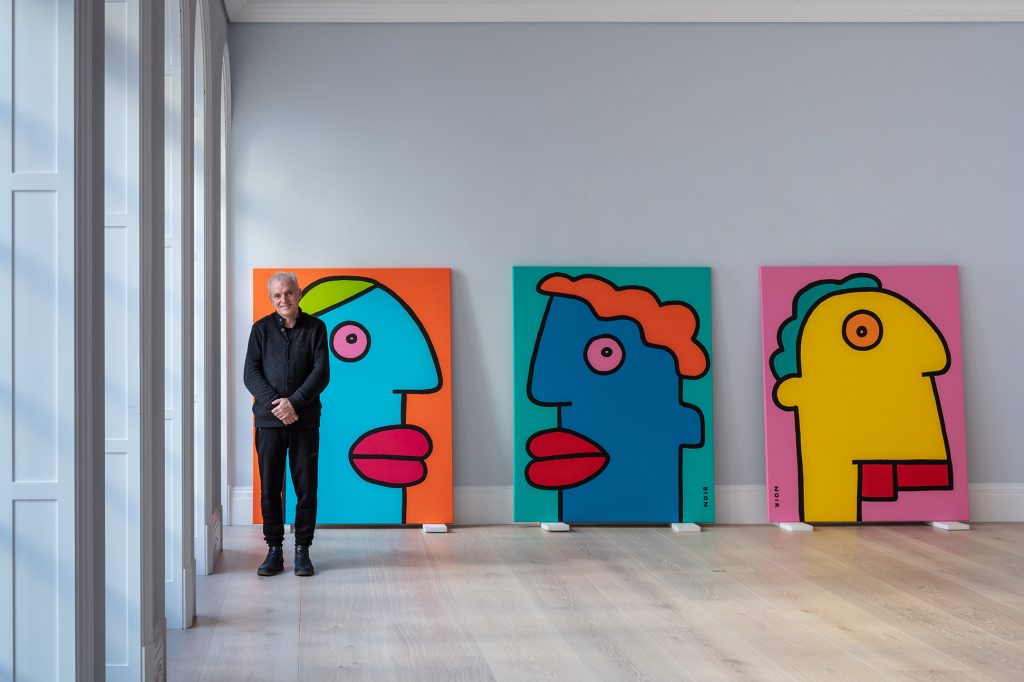 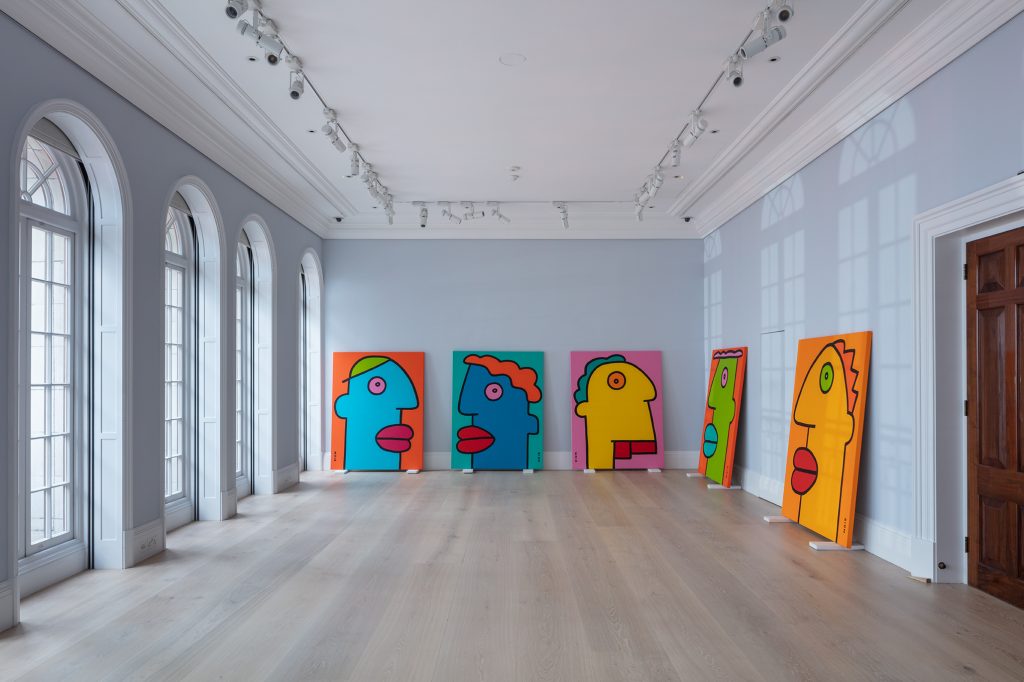 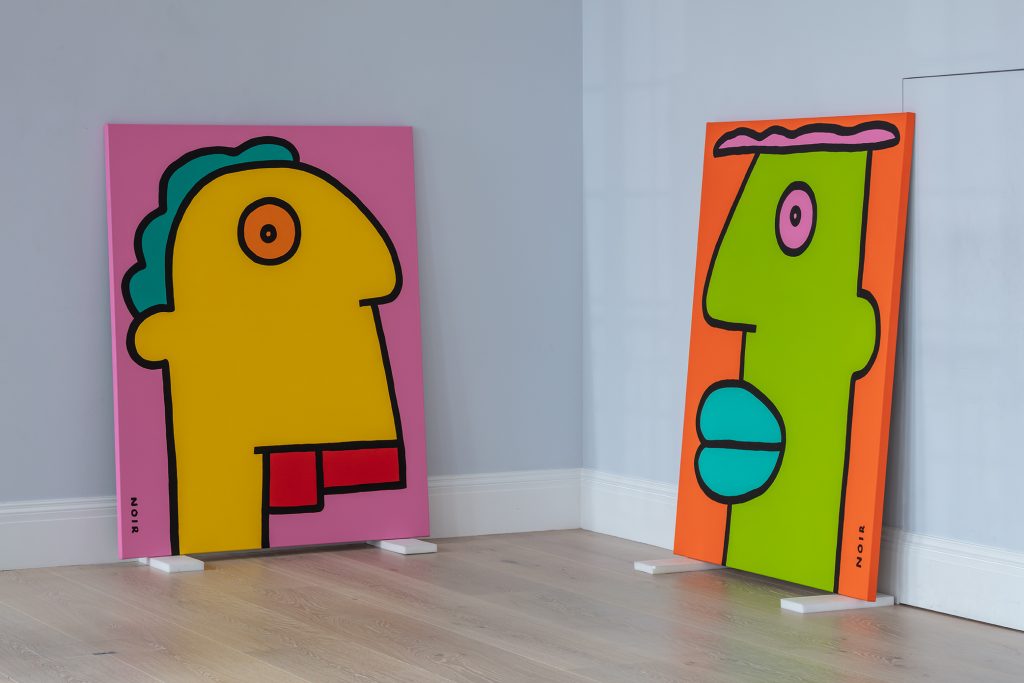 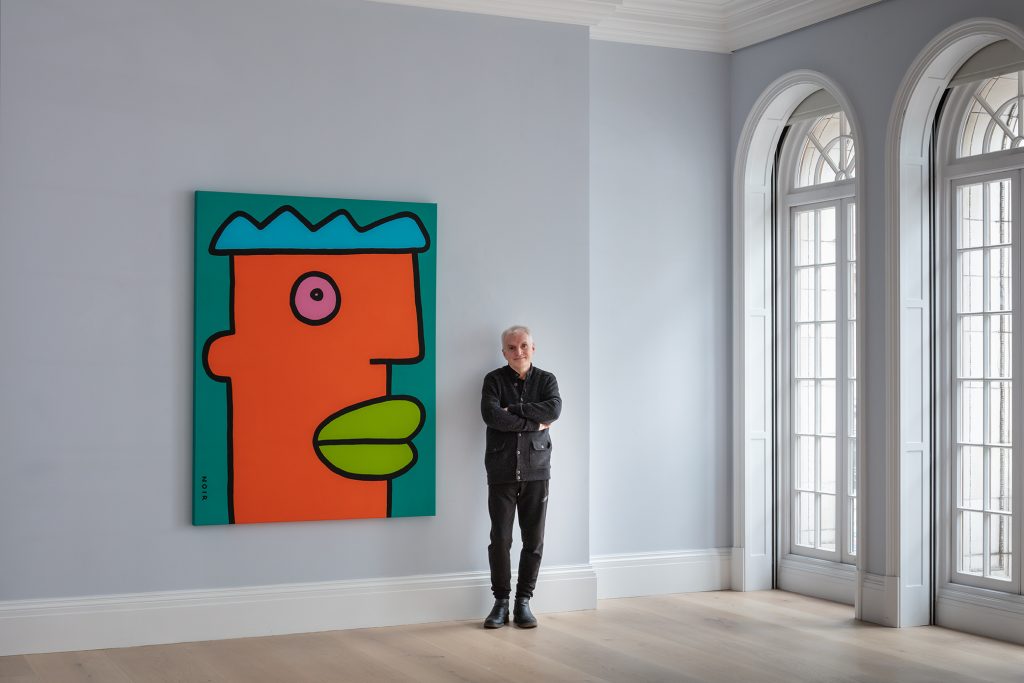