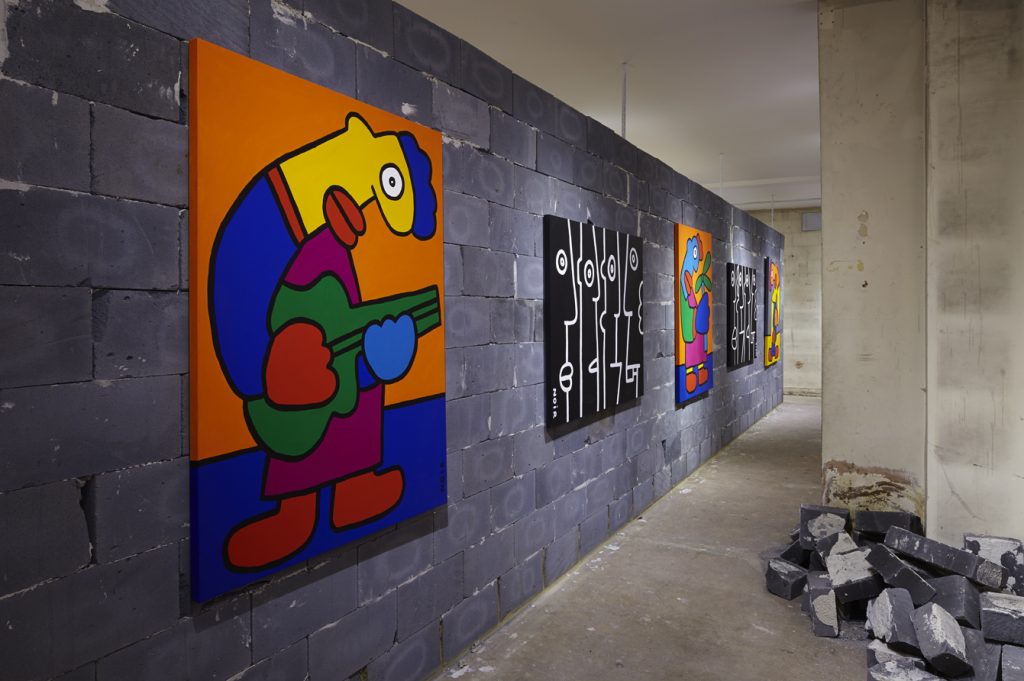 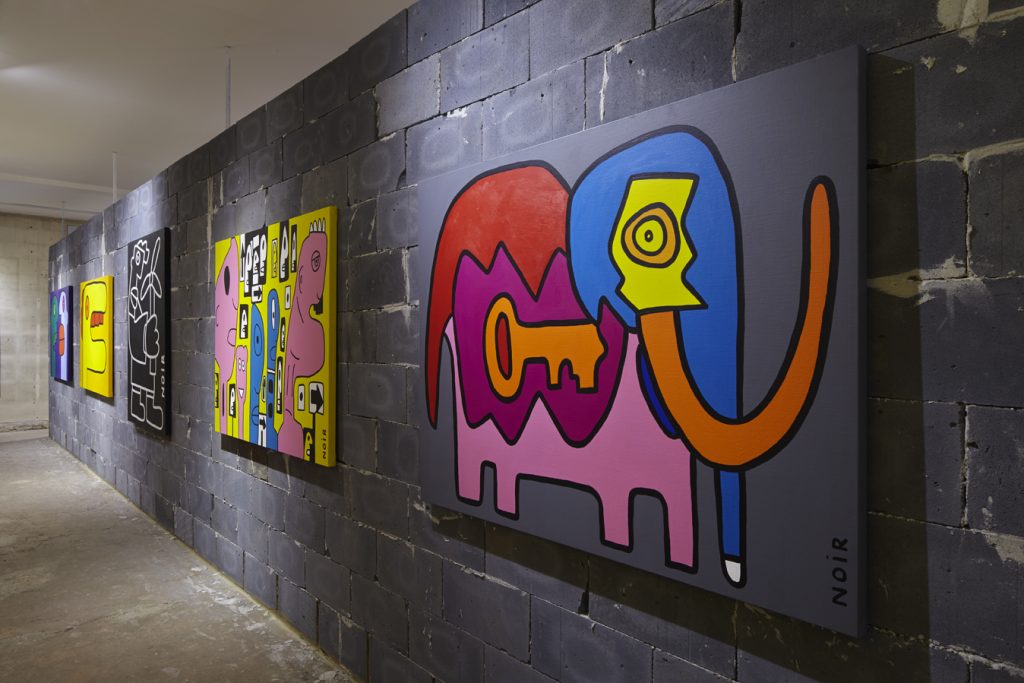 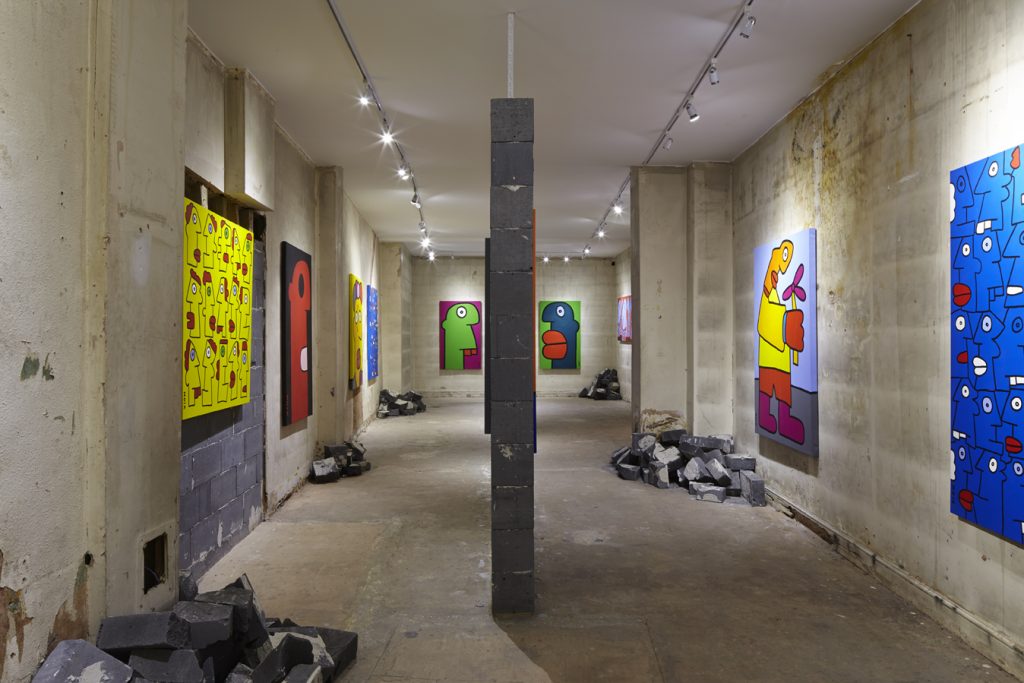 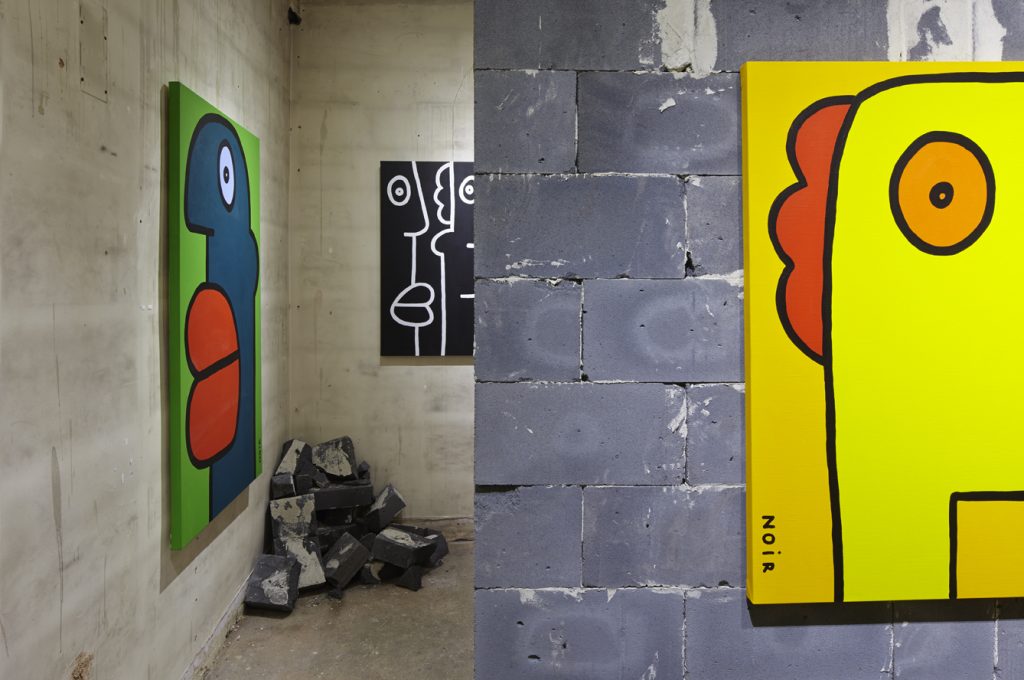 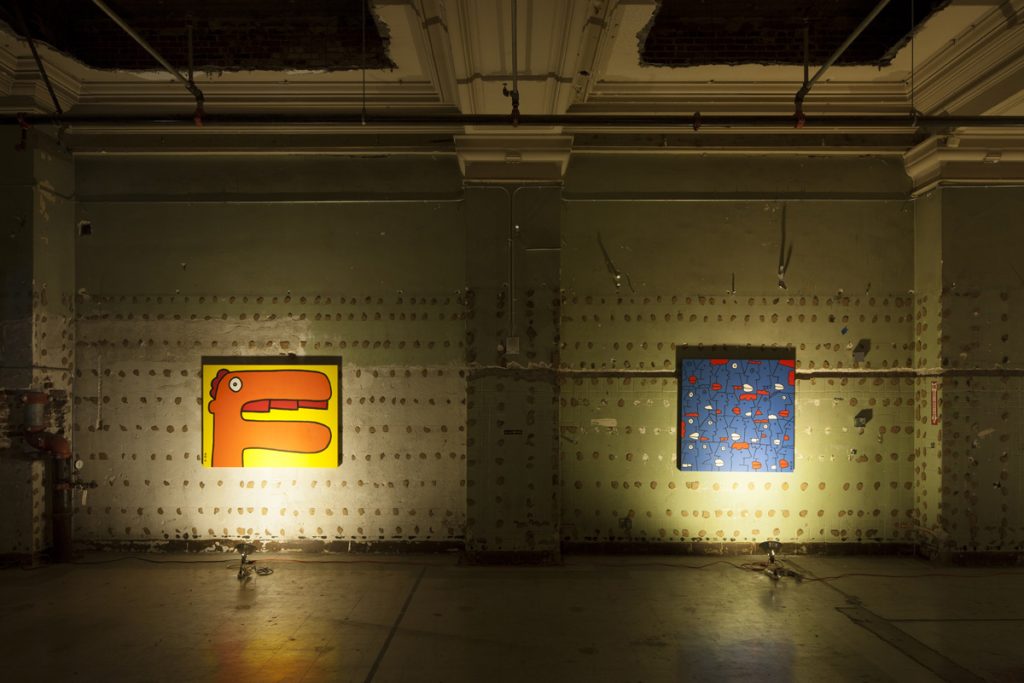 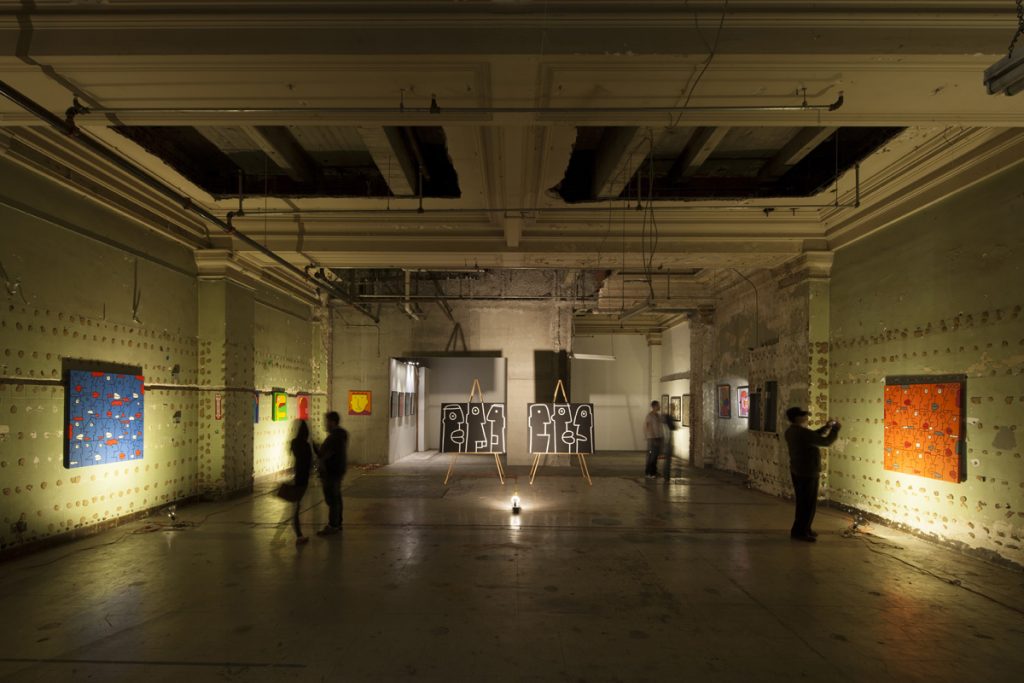 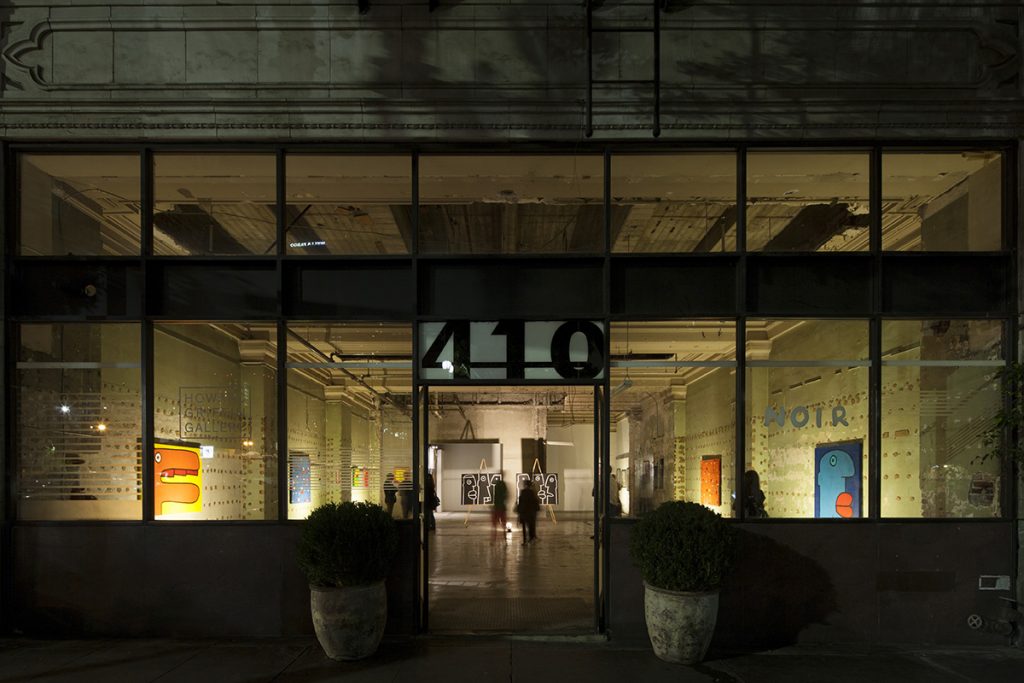 Thierry Noir: The 30 Retrospective was a survey exhibition covering 30 years of studio work.

In 1984, Noir was the first artist to illegally paint mile upon mile of the Berlin Wall. Noir wanted to perform one real revolutionary act: to paint the Wall, to transform it, to make it ridiculous, and ultimately to help destroy it. Noir’s iconic, bright and seemingly innocent works painted on this deadly border symbolised a sole act of defiance and a lone voice of freedom. In this landmark exhibition at Howard Griffin Gallery in Shoreditch new original works were exhibited alongside rarely seen photographs, interviews and films, juxtaposing old and new to reassess Noir’s enduring legacy and contribution to society. As part of the exhibition a twenty metre long concrete wall was constructed to bisect the gallery and Noir’s bright and iconic works were displayed upon it.

Noir is today being increasingly recognised as a key forerunner of the modern street art movement and in 2013 worked outdoors in London alongside renowned international street artists of the current generation such as Phlegm and ROA. Noir is also compared with contemporaneous New York pop artist Keith Haring also born in 1958 and who likewise began his career on the streets.

Noir’s practice has a strong emphasis on line and aims to simplify forms to their most basic elements. This simplicity reflected the necessity of painting quickly outdoors in a hazardous environment. Noir reacted to his environment and his monsters are a metaphor for the wall itself, each one relating to his experiences or feelings of what he calls a ‘killing machine’. His enormous murals in vivid colours represented both a personal response to the oppressive environment he found himself in and a poignant political monument that is just as relevant in the 21st Century as it was at the height of the Cold War. Visually, his iconic style is the very embodiment of 1980s Berlin and conjures up a timeless nostalgia for this cultural era.